> All Blog News>History of the Dead Sea

History of the Dead Sea 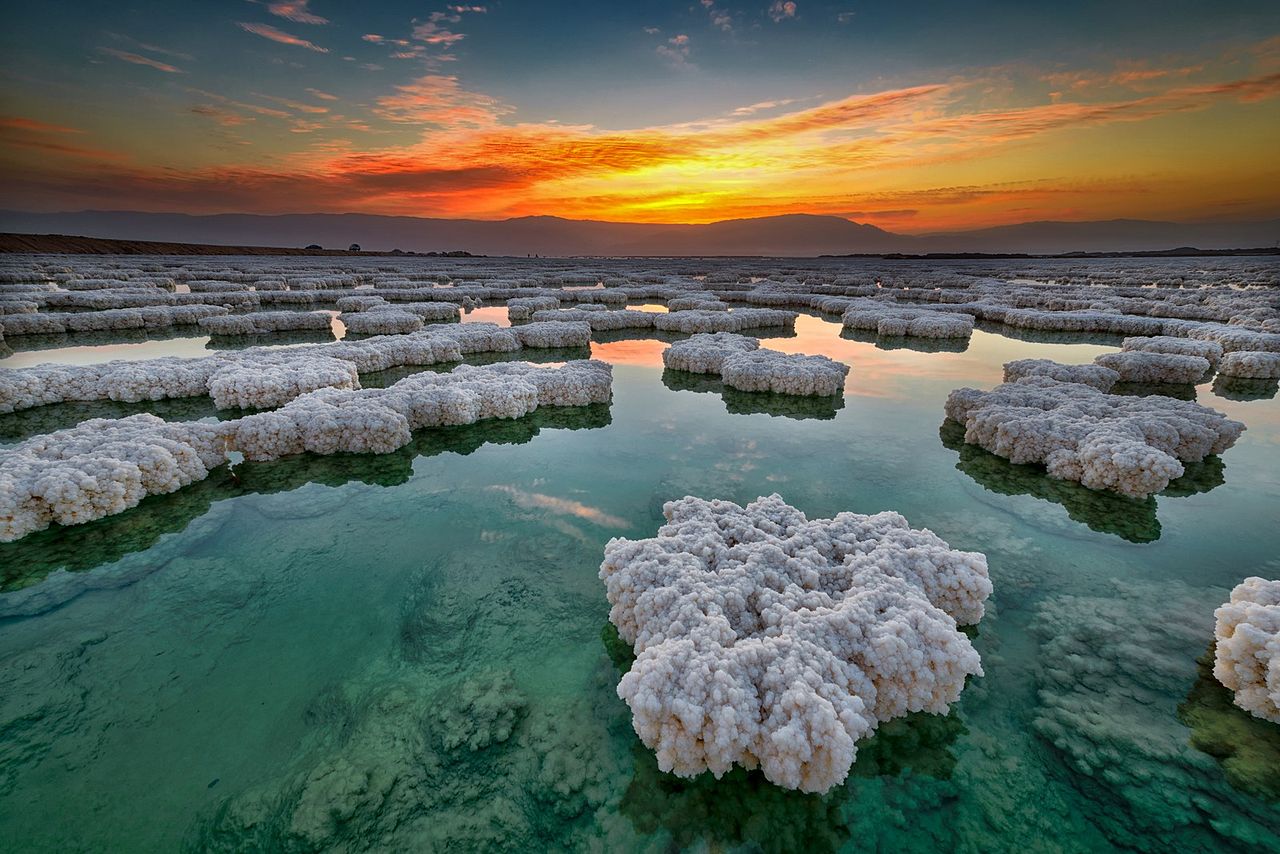 The Dead Sea "Sea of ​​Lot" in Hebrew is a salt lake of the Near East shared between Israel, Jordan and Palestine. With an approximate area of ​​810 km². The size of this huge natural reservoir with salt water is impressive: 18 km wide and 67 km long. No wonder it's called the sea. In the middle there is a border between Israel and Jordan.

In the depths of the Dead Sea are moving huge masses of water, which have no outlet to the surface. In the water, scientists found an increased concentration of salts and minerals: while the salinity of the Dead Sea exceeded all oceans.

Even the Jordan confluence with several small rivers does not make it less salty, despite the daily flow of 7 million tons of water, the salinity of the Dead Sea at a salinity rate is 33.7%.

The Dead Sea is a large lake whose salt content is several times greater than the amount of salt in seawater. This unusual lake is located in the area of ​​the East African fault. The Dead Sea is the deepest and most saline reservoir on the planet.

The atmosphere is extremely clean, there is no pollen and allergens. The fact of -400 m below sea level contributes to a lower solar ultraviolet content. It is extremely difficult to get sunburns while getting a tan. This allows you to be in the sun at any time of the day, without getting ready.
Due to minerals and salinity, the Dead Sea, associated with sediments, has a positive effect on health. Here, tourists from around the world come to treat diseases of the pulmonary and respiratory system, and skin diseases such as psoriasis, eczema and acne. Staying in this unique area can improve metabolism.

The name of the Dead Sea is due to its highly saline water, only rare species of microorganisms survive. The fish that come here die instantly, they do not even have time to feel pain.
A huge amount of sodium chlorine greatly increases the density of the water. According to the laws of physics, man is pushed out of the water, so that in the Dead Sea it is simply impossible to drown.

How does science explain the formation of such a body of water? There are millions of years in this place, there was a terrestrial fault, which began to fill with salt water. Thus forms the Dead Sea which, at that time, is several hundred meters above the level of the Mediterranean Sea. The Dead Sea is below sea level, which explains the high salt content of its waters: the sea water has evaporated and the salts and minerals have remained and their concentration is much higher than many centuries ago. The only river in the Dead Sea is the Jordan, otherwise this reservoir would not have survived to this day. In our time, the size of the Dead Sea is decreasing every year - the sea is drying up. The Israeli authorities are very concerned about this and are trying by all means to prevent such a development of events. The entire Dead Sea has become a real paradise for tourists seeking healing in the therapeutic sediments of this sea.